Richard Alan Beirach was born on 23 May 1947 in Brooklyn, New York City and started playing the piano at the age of 5. From age 6 to age 18, Richie was given lessons by the pianist and composer James Palmieri. "James Palmieri showed me everything that I know about music,...he made me understand the deeper meaning of music."

At the age of 13, while staying at a friend's place, Richie heard Red Garland's version of "Billy Boy" from Miles Davis' album "Milestones": "I could hardly believe it. This was exactly what I was looking for and what I needed. Until then, I had only had a classical musical education: Mozart, Beethoven, no improvisation. Richie realized that he wanted to devote himself to improvisation and jazz.

In the middle of the 1960s, Richard Beirach entered the New York club scene, playing with, among others, Freddie Hubbard and Lee Konitz while at the same time occasionally working as a longshoreman at the docks of New York. In 1967, he went to Boston to study at the Berklee College Of Music where Keith Jarrett, Miroslav Vitous, and John Abercrombie were enrolled as well. Staying at Berklee for only one year he returned to New York in 1968 where he started a composition degree with Ludmilla Ulehla at the Manhattan School Of Music, from which he graduated in 1972 with a "Master Of Music".

Soon afterwards, he played in the band of Stan Getz, together with bass player Dave Holland and drummer Jack deJohnette. In 1973, he joined the group "Lookout Farm" of the saxophone player Dave Liebman. "Lookout Farm" became one of the most outstanding groups of the Fusion movement and the cooperation between Beirach and Liebman lasted well beyond the group, which broke up in 1976, developing in to a lifelong musical partnership.

In 1976, the first album under Beirach's own name was released: "Eon", recorded with drummer Eliot Zigmund and bass player Frank Tusa. For the label ECM, Beirach worked as a leader, e.g. on the albums "Eon" in 1976, "Elm" in 1979, "Elegy for Bill Evans", and as a sideman respectively (for John Abercrombie and George Adams) from the middle of the 1970s until the beginning of the 1980s.

Richie’s first solo album "Hubris" was released in 1977. At that time, he went on tour with, among others, Chet Baker, John Scofield and John Abercrombie.

In the 1980s, Richie Beirach focused increasingly on the solo piano and, parallel to that, on the cooperation with David Liebman in their duo and in the band "Quest", which they founded together in 1981, with drummers Billy Hart and Al Foster and George Mraz or Ron McClure on the bass, respectively. Until their break-up in 1991... (read full bio)

— From Richie's book The Lineage of Modern Jazz Piano 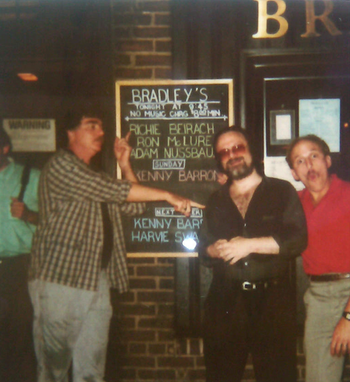 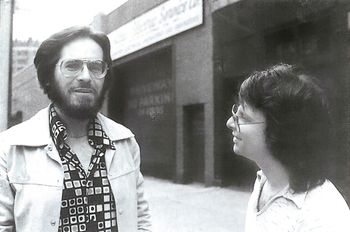 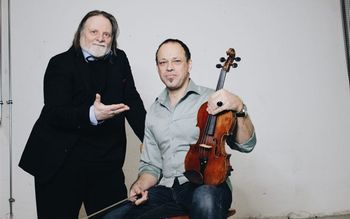 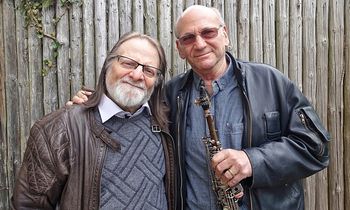 You can hear the brotherhood, especially on the “free” pieces. Listening to the variety of idioms the performances are both intimate and soulful, performed by musicians who know the history.”  - Dave Liebman

Check out the album

The definitive book for both teachers and students of jazz. From war stories of Richie's early professional life to what can and cannot be taught in music to a pointed review of the film Whiplash to his detailed description of the studio recording of "Nardis" on the Elegy for Bill Evans album, there's a lot to learn from this book.

"Teaching and Learning Jazz is the most important book on jazz education I have ever read and possibly ever written!"